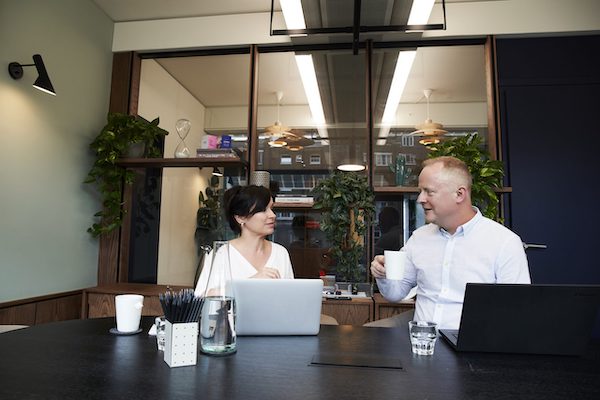 When Saturday Night Live started on TV in 1975 the cast members were collectively known as “The Not-Ready-For-Prime-Time Players.” The idea was that they were on late at night on Saturdays because their material was not suitable for the family audiences who tune in from 8pm-11pm (“prime time”) for their television fix. But since then, the show has had a few TV specials that aired during prime time. Perhaps they were not ready for prime time at first, but prime time caught up with them. Sometimes, you have to take a chance on something that does not seem right for the conditions, and then wait for the conditions to change and catch up with you.

American research and innovation in the 1950s and 1960s had a long-term vision underlying them. The shock of the Soviet Union’s launch of Sputnik and the race to get to the moon spurred scientists and other innovators to pursue projects that would take many years to come to fruition. The products of defense and space research often did not affect lives for years or even decades, but the basic research continued nonetheless.

Despite some changes in the business world during the 1980s and 1990s, this long-term spirit continued, especially in emerging fields like information technology. But with the bursting of the Internet bubble and the failure of major firms such as Enron and others, shareholder accountability increased and a short-term focus on the company’s bottom line replaced that long-term vision in many organizations. The economic climate of the last few years has increased the focus on short-term survivability so that companies can even have a long-term.

Creativity and innovation, however, do not always conform to the quarterly report schedule. Things that are not “right for now” may be “right for the future.” Consider that new technologies and new thought processes take time to grow and to be accepted, and you may need to pursue them now and then put them “on the shelf,” or introduce them while realizing they will not be profitable, until the time is right for them. In some cases, your employees will try new ideas only to find they do not work out, and even though that does not add to the profit/loss statement, that is OK (as long as not EVERYTHING fails). If your employees never come up with a bad or unworkable idea, that means they are not taking enough chances. Encourage them to try new approaches that may not be “ready for prime time” just yet.

Saturday Night Live, by the way, just celebrated its 40th anniversary, with a prime time special. Not bad for a show that was not “ready” for its time.