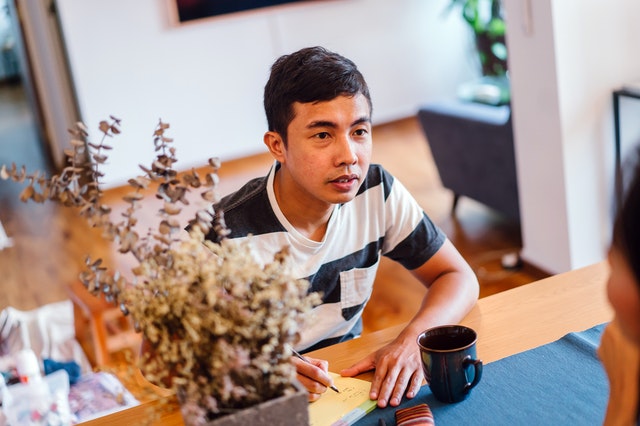 Next time, do more than wonder — find out instead.

When one of your employees takes a position that makes no sense to you, you need to remember that it makes sense to them. For some reason, they think their idea is right, and yours is wrong, no matter how logically you are able to explain your perspective and how silly you might think they are being. Chances are good that they are not idiots, nor are they out of touch with reality…they just see something that you don’t. This is not at all uncommon, especially in creative environments that have been designed specifically to bring different viewpoints into the room. Once you’ve done that, you’re liable to find some conflict between those viewpoints, and the way to reduce it is to understand the reasons behind them.

This is not to say that you’re going to agree with those reasons. Sometimes they will come up with things that make perfect sense, but you simply hadn’t considered them. Sometimes they have some personal experience that you may or may not think is relevant. And of course, sometimes, they are just looking out for their own interests, and your idea gets in the way of that.

Case in point: a few years ago I was mentoring the faculty at a university in Kabul. We were trying to set up their social science curriculum in a way that met their current needs, with one eye on the future. We had agreed on objectives we wanted the students to meet, but when we discussed homework requirements, the faculty was pretty adamant about keeping them very, very small. I didn’t see how we could meet their goals without expecting the students to do work outside of class. As we sat down and finally went through their concerns step by step, I realized what had them troubled: students were in class most of the day, and the dorms typically didn’t have power at night, so they didn’t have light by which to do homework. If we had just been yelling at each other about our conclusions, I never would have gotten the critical piece of information (which, by the way, was something my group could work on, once we knew about it).

This highlights one of the main reasons for misunderstandings: simply, a lack of information. That person who disagrees so irrationally with you might not be telling you everything. They are not necessarily trying to keep you in the dark, but rather, it just doesn’t occur to them that you don’t know everything they know. The way to overcome that is to just take the time to ask them to explain their rationale to you.

Something I noticed as a professor is that when someone outside of academia challenged my research findings, they often seemed to challenge the conclusions without considering the steps that got me to those conclusions. If someone disagrees with me, that’s fine, but I’d like them to point out the step between Point A and Point B where I got it wrong. Where did I take a wrong turn? What I have often found is that people don’t necessarily understand the arguments that led to conclusions, they simply don’t like conclusions that conflict with their world view and so, when they say “I don’t agree with that,” what they really mean is “I don’t want that to be true.” (my academic field is public policy, so this is pretty common) Only by digging a bit, though, will you discover this.

The great thing about finding out someone disagrees with you, of course, is that now that you know, you might be able to find an alternative. You’d never be able to do that if you just stormed off, muttering “Idiot!” under your breath.