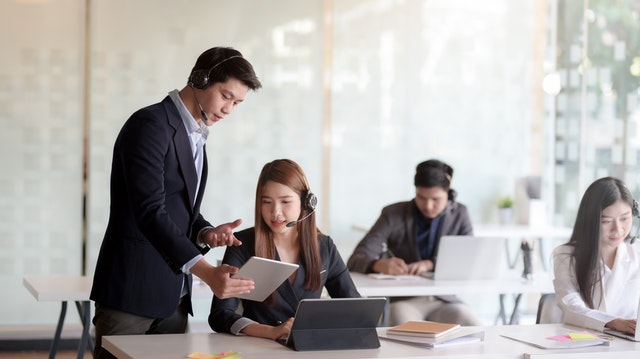 If you have attended a leadership workshop in the last few years, you have probably heard of the “VUCA” concept. You hear it from a facilitator, or read it on a PowerPoint slide, and you see people nodding knowingly…but what does it mean?

VUCA is an acronym consisting of four factors that can describe the modern business environment:

Our businesses are affected by frequent, rapid and significant change. The way we work continues to evolve, and it does so more quickly than in the past.

We often think of this in terms of technology change, and that certainly is important. But other examples of volatility include government policies, such as an announcement of tariffs by the US against China, or the emergence of a new competitor.

The current COVID-19 pandemic represents a challenging type of extreme volatility, in that it creates change in an undetermined direction. As infection rates go up and down, it creates different kinds of changes at different times in different places.

Uncertainty occurs when people know that change is happening but are not sure where that change is coming from or how it will affect them. When people feel like they don’t know what’s going to happen in the future, it affects their ability to perform well in the present.

Such uncertainty not only comes about when people have to deal with unexpected events; it also occurs any time people are unsure of what is expected them, what rules they are supposed to follow, or how they are being evaluated. Certainly, an unexpected external event, such as a natural disaster or a public health emergency, can create a lot of uncertainty. Companies often try to address this, such as by having a business continuity plan to deal with a crisis.

But a lot of uncertainty comes from internal processes and from the way that leaders lead, and we don’t spend nearly enough time trying to deal with that. It’s hard enough to deal with external uncertainty without creating even more confusion within the organiztion.

We work in an environment of complex relationships, driven by increasing globalization. Our dependencies have grown, not just between countries and economies, but from employee-to-employee in a company, too.

Consider the impact of global supply chains on manufacturing, and what happens when they are disrupted. The COVID-19 situation has shown how the closing of factories in one part of the world has serious repercussions for industries around the globe.

But even within a company we often have complex relationships, with the rise of virtual teams with teammates in multiple countries, with solid-line and dotted-line relationships, with full-time employees and contract employees and gig workers. We continue to build more elaborate networks to share information, and while that has many benefits, it also creates problems when one part of that network breaks down.

Why does that matter? Because when you ask the question, “What do we do?” the answer helps determine the actions you take, the corporate values that you follow, and the priorities you set. It’s getting harder to define our mission and our standard for success.

So, where did this term come from? Many people believe VUCA was created by the US military to describe the global environment after the Cold War. Two business authors actually created it in the late 1980s, but it became more common once it was used to describe military operations.

During my 21 years as an officer in the US Air Force, I created strategies and plans for how we would operate in this new world, this VUCA environment. I also went to some places to see just how well those strategies and plans worked. It was MUCH harder to deal with this VUCA world, with its many threats, than to only deal with one other superpower.

The world’s changes over the last 30 years have created a disconnect between some older leaders and their younger employees. People who came of age in a slower world may still approach business as they did back then. Those who are entering the workforce are prepared for a much different environment. The difference between those perspectives can certainly make the workplace interesting.